1. Jurisdiction Of State And Federal Courts

Jurisdiction refers to the kinds of legal cases a court is authorized to hear. For a court to rule over a case, it must have jurisdiction in the matter. A state establishes state and local courts. Federal courts are organized under the U.S. Constitution to decide disputes involving the Constitution and laws passed by Congress. Federal courts deal with cases involving federal laws.

State courts have broad jurisdiction—such as robberies, traffic violations, broken contracts, and family disputes. State courts are not given authority over lawsuits against the United States and those involving certain specific federal laws—such as criminal, antitrust, bankruptcy, patent, copyright, and some maritime cases.

In some cases, both state and federal courts have jurisdiction. It is vital to hire an experienced San Jose contract attorney to navigate these subtleties.

Another particularly notable difference is that California judges are elected—while federal judges are appointed. Federal judges are typically required to possess more in-depth experience and higher credentials than state judges. Of course, that is not at all to dismiss the credentials and experience of state judges, but instead, highlight prowess and mark the fact that federal court is the pinnacle of the profession.

Moreover, federal judges are much more stringent—as is the federal court system overall, even at the clerk level. They are austere with their rules, and therefore by the book with documents and legal processes.

Federal courts usually strictly follow the application of the Federal Rules of Evidence. California has a reputation for being more relaxed all around when compared to other states. California state courts adhere less strictly to the California Evidence Code.

In California State Court, you will be assigned to the courthouse that is nearest geographically either to the location of the incident in the dispute or to your place of business. Then, your jury pool will be drawn from that same judicial district.

For instance, if you file a lawsuit for a business transaction that took place in North County San Diego, your case will likely be heard in the San Diego Superior Court in Vista, Calif. The jury pool then will be comprised from Vista and the surrounding geographic area—a very different demographic than that of Downtown San Diego.

With this in mind, your business litigator needs to be mindful of which jury pool will be best suited for you, among informing you of the different general breach of contracts.

No lawsuit is cheap, of course, and alternative dispute resolution such as mediation is often recommended before going to court. In turn, the rigidity of the federal court system makes a federal lawsuit much more expensive than a state lawsuit.

It is wise to include an arbitration or mediation clause in your business contracts. This will make litigation the last resort in a claim against your business and prevent courtroom litigation for the majority of common issues.

It is worth every bit of our time and energy to consider the court that will give you the most significant advantage in your case. Planning and finding the most cost-effective measures is what our business litigation attorneys are trained and experienced to do. You need to make sure the attorney you hire ensures that your business has every legally enforceable contract necessary.

Make sure to hire an experienced attorney to protect your business adequately. Then, if disputes do arise, your business can look to legal documents for guidance. Legal documentation of predetermined dispute resolutions can inform owners on boundaries, guidelines, and more.

Our team is notably familiar with the state and federal court systems. We can explain to you the potential risks and benefits of each option. Help yourself by using our experience and knowledge to protect and guide your company. Avoid costly legal disputes—contact Nick Heimlich Law for a free consultation today. 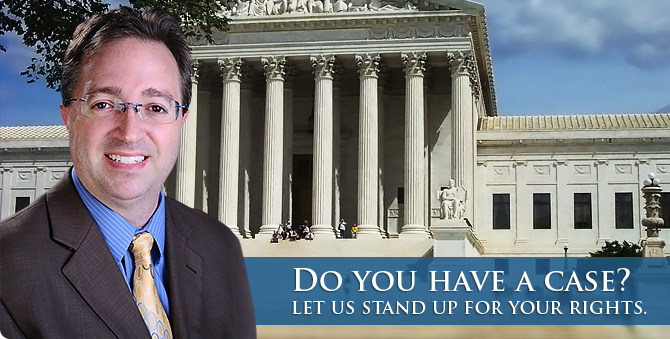