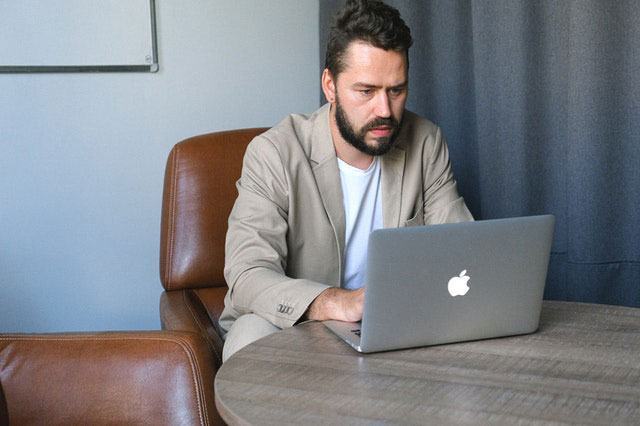 When your relationship with a business partner or a shareholder goes wrong, your choice of attorney influences whether the situation progresses constructively, or the situation aggravates and additional problems are raised.

Business disputes often arise when shareholders of a company stop trusting each other and one shareholder suspects that the business profits are higher than reported. These disputes often fester and grow if there is not an open line of communication between officers of the corporation and the shareholders. Officers and Board Members should be open with providing important company information such as financial statements and an update of the progress of the business on at least an annual basis. Providing this information, including support information if needed can often resolve disputes.

Another point of contention is officer’s salaries and benefits. Best practices would be that for a CEO not to vote on his compensation. Sometimes that is not possible, but in all cases, people should consider whether the salary and benefits are reasonable for the industry and company and document the basis for any decision.

No attorney can guarantee the resolution of your situation. However, an attorney that takes a balanced approach. Attorney Heimlich is ready to provide a steady hand and progress the situation, or if needed then pursue litigation in court or arbitration.

Many business disputes are a result of someone breaking a business agreement, such as failing to pay for goods or services or failing to deliver goods or services. Mr. Heimlich has represented persons seeking payment for goods and services. In addition, Mr. Heimlich has also dealt with defending claims for payment from breaking a business agreement. Sometimes, clients have legal or factual defenses that may help to either limit their liability or negotiate a resolution. Examples of contract disputes can be service providers for high tech services not paid for, such as software developers, hardware support, software support. Similarly, there are also traditional unpaid bills for services rendered such as medical providers, attorneys or others. To evaluate your case, contact Attorney Nick Heimlich.

Business disputes also come up from employees or former employees of businesses. Mr. Heimlich has dealt with disputes with former employees, such as in front of the California Department of Labor Standards and Enforcement (“DLSE”). Mr. Heimlich has dealt with issues before the DLSE such as unpaid wages, overtime claims, penalty wages, waiting time penalties, minimum wage claims, failure to pay wages timely, failure to issue a final paycheck timely and other items. If you are facing a notice from the California Department of Labor Standards and Enforcement you should contact Nick Heimlich to assist you in the process and appear with you to represent your interests. Mr. Heimlich has appeared in the Santa Clara County DLSE office, which is located in downtown San Jose for clients and may be able to assist with your matter.

Mr. Heimlich has also dealt with Unemployment Claims and can advise on preparing a response if an employee of your has filed an unemployment claim.

Should I sue my customer?

I often get this question from potential clients. There are a number of concerns to consider. First, I usually advise my clients to try to professionally and politely remind the customer of their obligations. Second, It is also advisable to send the bill a few different ways, such as email, mail, fax. If it is sent a few different ways, then that avoids the issue of the client just missing it or not getting it by accident. Third, I would also suggest after the customer is either behind a significant amount (or beyond the regular payment period) to politely call the customer to ask about the bill. Sometimes, small questions arise that can be dealt with over the phone that people may not raise in response to receiving the bill until they are contacted. Fourth, I would suggest offering a payment plan (if that works for your business) or trying to be flexible with the client. Fifth, if all of the above doesn’t work, then contact Nick Heimlich and we can see about sending a demand letter for payment to see if that works. If the demand letter does not work, then a lawsuit can be considered.

What are the advantages of suing?

The advantages of suing is mainly that it can force someone potentially to pay that would not have paid without the lawsuit.

If I sue, am I guaranteed to get paid?

No. There are situations where you can win a lawsuit, but not get paid. Sometimes the person you are suing has no money, files bankruptcy or evades collection of a judgment.

Can I lose even if I have a written contract?

Yes, sometimes. The lawsuit can sometimes change and include claims against you even if you sued first. Further, sometimes there are legal or factual defenses to your claim that might prevent you from winning.

When should I sue?

Consult an attorney as soon as possible, because the statute of limitations (the time deadline to sue) depends on the type of claim that you have. Some claims have very short deadlines to file claims. Only after an attorney has determined what types of claims you have can the attorney tell you how long you have to file suit. For example, in California, a party has 4 years from the date of breach of a written contract to file suit (this can be changed in the contract or based on other facts). However, if there is no writing, then it is only 2 years. Other claims have different deadlines and sometimes even require filing administrative claims before filing suit.

Sometimes, the owners of a business get into disputes with each other. Some disputes can be caused by differences in business strategy such as what type of business to conduct, marketing goals, or operational issues, such as expenses. I often get contacted because the ownership relationship has broken down between owners.

That dispute then gets to the point where the question is what to do next. There are often concerns about liability and lost profits or return of monies invested in the business by the departing party. Or, sometimes both parties are still running the business, but they cannot get along and are constantly fighting against each other.

The claims could be breaches of fiduciary duties, failure to provide corporate inspection records, failure to pay employees, self-dealing, or using corporate monies for personal purposes or expenses. Other times, there is fraud in that one party may claim reimbursement for expenses that did not occur, or failing to report sales as income for the business on cash sales or other items.

Once a dispute has occurred, there are multiple ways to try to resolve the dispute. The easiest solution, but not always practical, is for the parties to share a complete picture of the businesses financials and to negotiate one person buying out the other person’s interest including any equity and paying back any loans due or other monies owed. If that can’t be worked out, sometimes a voluntary winding down or closing of the business could work by paying all creditors and returning profits to the owners based on their percentage ownership.

If the parties cannot come to a resolution amongst themselves, then sometimes bringing in other parties can move the dispute toward resolution. There a multiple forms of alternative dispute resolution, including mediation, and arbitration.

A mediation is basically where both parties agree to meet with a mediator (who is a third party) to help negotiate a voluntary resolution of their dispute. The mediator, which is usually agreed upon by the parties is often an experienced attorney or a former judge who is familiar with situations such as the one that the parties are involved in. The mediator has no power to force the parties to accept any resolution, but rather tries to help explain information and persuade the parties to reach some resolution. If one or both parties cannot agree on a solution at mediation, then there is no settlement and the parties will have to consider alternatives to resolution, or consider mediation at a later date. If the mediation is successful, then a formal settlement agreement should be drawn up on the day of the mediation and signed on that day. This is critical that a fully signed agreement is done that day. If it is not done, then the parties could be spending days or weeks negotiating those terms after the mediation. Below are some typical questions about mediation.

Can I be represented by an Attorney?

Yes, parties can have an attorney present for mediation. However, it is not required.

What happens before a Mediation?

Often, the parties should have summaries of their dispute written up, along with key documents and legal points and provide this in a Mediation Statement or Brief to the Mediator for review. This should also be provided to the opposing side. While certain parts of the Brief (such as settlement proposals) might be only shared with the mediator, most of the brief should be shared with the other side. Failure to share a brief often results in an unproductive mediation because the parties do not understand each other’s position.

Do I have to file suit to have a mediation?

No, a mediation can be done either before or after a lawsuit is filed. Mediation does not require that a lawsuit or arbitration is pending.

What is the cost of a mediation?

Why should I consider mediation?

If the parties would like a flexible approach that might resolve their dispute outside a court or arbitration and in a faster manner, then mediation should be considered.

When should I not consider mediation?

If the parties are extremely far apart in their positions and show little or no flexibility, then mediation may not work, or may need to take place later. Additionally, if one or both parties do not have the information that they need to resolve the dispute, then mediation may be premature.

Arbitration is a private forum for disputes. It is an alternative to a Court and allows the parties to present their dispute to an Arbitrator. The Arbitrators have a set of rules set by their organization that they belong to and will basically act as Judge and Jury for any case. Arbitration can be flexible in how it is administered. Sometimes, Arbitration can allow for a more economical forum, although that is not guaranteed depending on the parties needs and the dispute. Arbitration also typically involves fees to initiate the arbitration and fees of the Arbitrators at their hourly rates and possibly additional administrative fees or charges. Sometimes, the Arbitration fees are greater than Court fees would be for similar proceedings.
CALL US TODAY TO DISCUSS YOUR CONTRACT